THE BRIDGE & THE WALL.

For a Survey of the Urban Form of Southern Nanjing

Marco Trisciuoglio, “Transitonal Morphologies” Joint Research Unit
Politecnico di Torino (Italy) and Southeast University Nanjing (China).
An engrave by Thomas Allom (1850), entitled “The Bridge of Nanjing”, shows the city walls, a bridge on a water canal and a pagoda. Allom was never in China, but he drew his views collecting
memories of other painters and some writers, in a sort of personal “analogous city”.
In that picture, another urban element is a group of old small houses. Nowadays, in the Southern part of Nanjing, within the still existing precinct of the city wall (Qinhuai District), some traces of
the ancient urban fabric give an idea of the Ming Dynasty city (when Nanjing was the capital city of the Chinese Empire). A morphological survey of that zone, made through the criteria of the Italian
school of urban morphology, is currently used for some innovative projects of urban regeneration.
Not only the role of iconography, but also the role of maps, the role of the courtyard-house typology and the role of the ownerships’ changes during 20th century, represent together the core of an “operative” investigation” 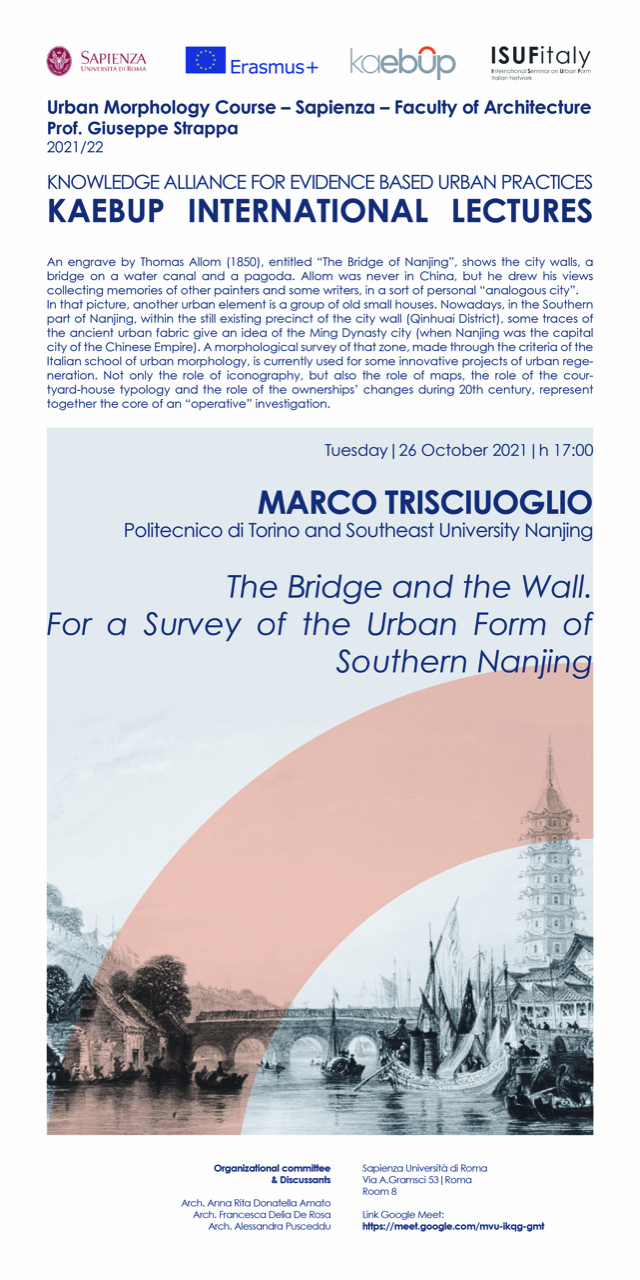