in: Environment and Planning B: Urban
Analytics and City Science
2017, Vol. 44 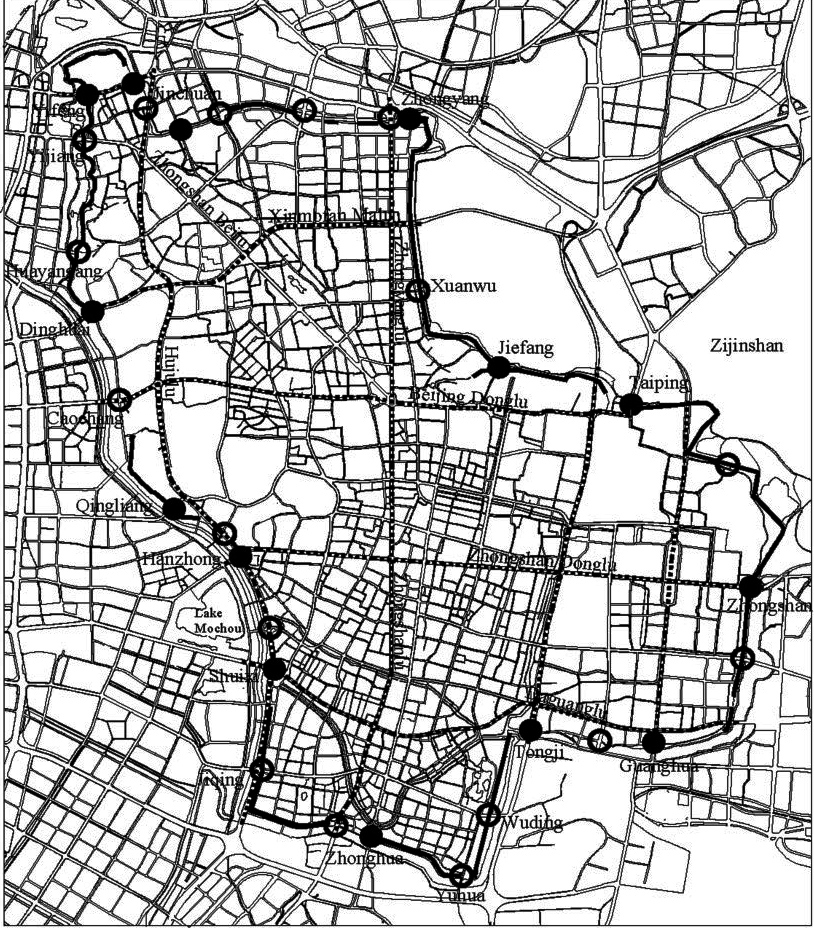 Research on the fringe-belt concept has grown significantly in the past decade. This is particularly evident in parts of the world in which interest in urban morphology has been slight until recently.
The main emphasis continues to be the light that this concept can shed on the historico-geographical grain of urban areas. This paper reports a morphogenetic investigation into fringe belts that gives particular attention to the fixation lines associated with Chinese city walls.
Discussion is concentrated on a fringe belt related to one of the world’s longest and most massive city walls, that of Nanjing. The formation, consolidation and, in places, alienation of the Ming fringe belt of Nanjing has been influenced by natural and artificial fixation lines and the political economy of an authoritarian society. Understanding the changing spatial structure of fringe-belt landscapes has implications for the management of urban form in ways sensitive to its historico-geographical development.