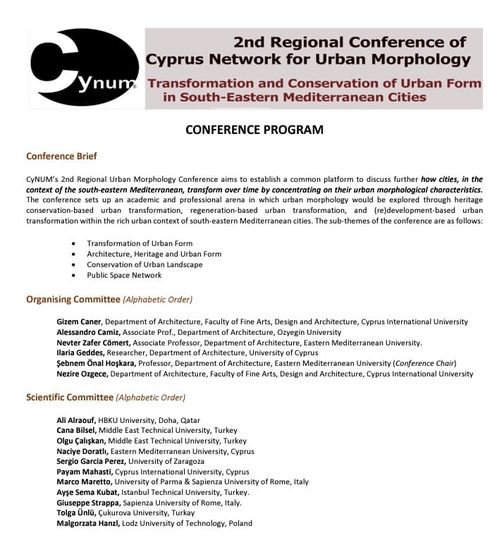 Conference Brief
CyNUM’s 2nd Regional Urban Morphology Conference aims to establish a common platform to discuss further how cities, in the
context of the south-eastern Mediterranean, transform over time by concentrating on their urban morphological characteristics.
The conference sets up an academic and professional arena in which urban morphology would be explored through heritage
conservation-based urban transformation, regeneration-based urban transformation, and (re)development-based urban
transformation within the rich urban context of south-eastern Mediterranean cities. The sub-themes of the conference are as follows:
• Transformation of Urban Form
• Architecture, Heritage and Urban Form
• Conservation of Urban Landscape
• Public Space Network 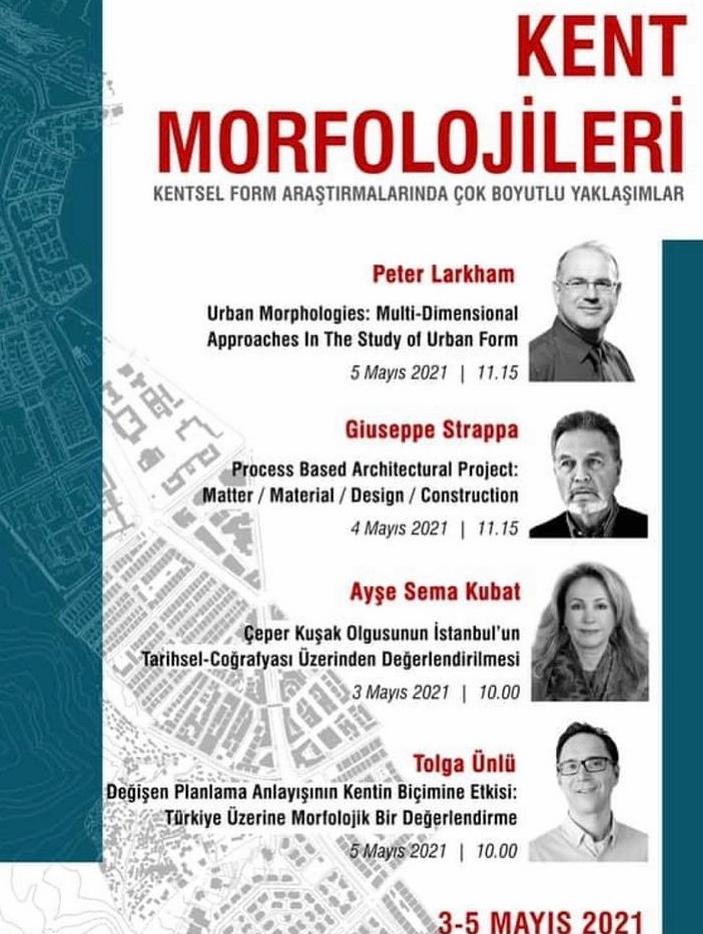 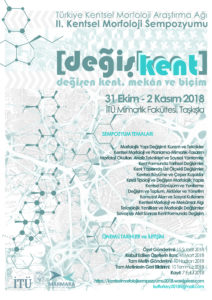 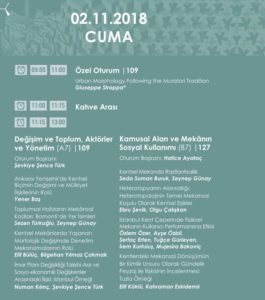 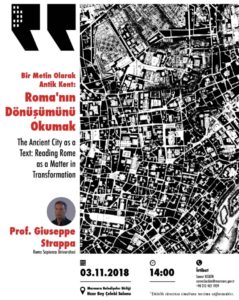 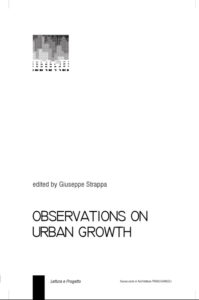 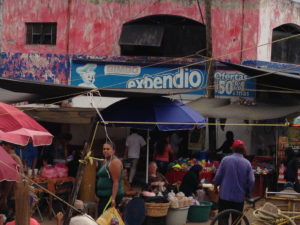