fragmental_on the dissolution of public space 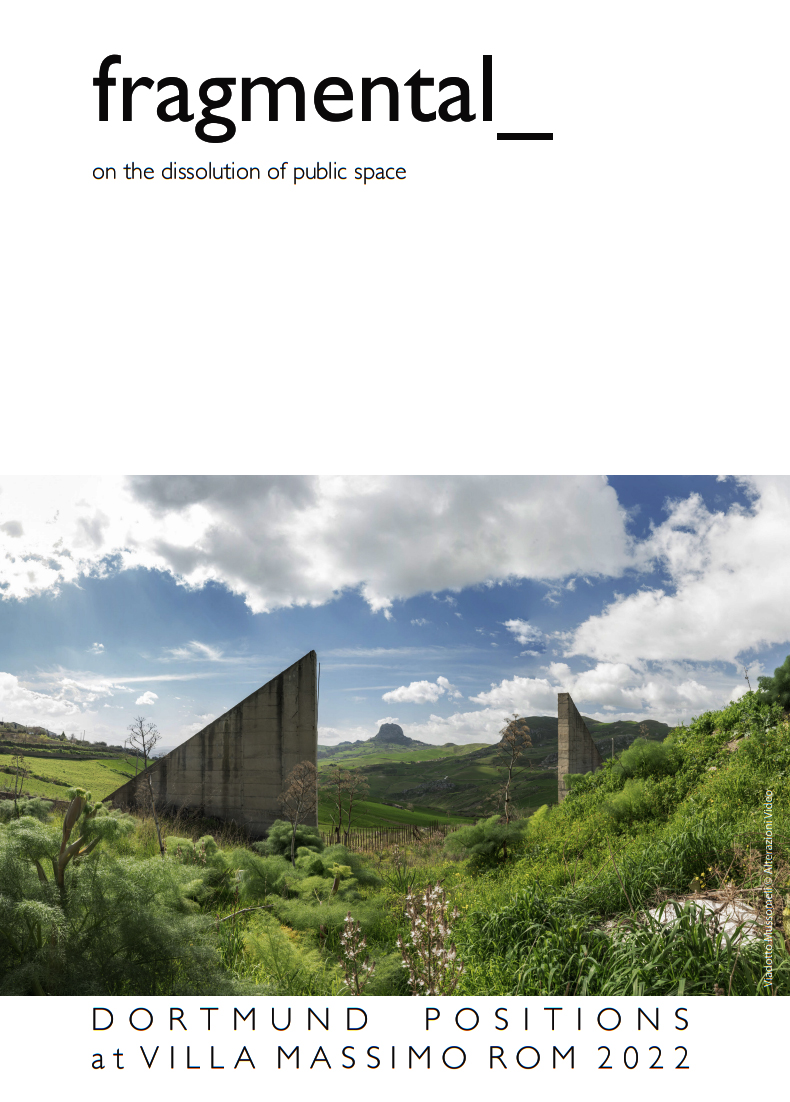 „ The Greek law was really a „wall of law“ and as such created the space of a polis; without this wall there could be a city in the sense of a collection of houses for people to live together (an „asty“), but no „polis“, no city-state as a political community. The wall of the law was sacred, but not itself, on what it enclosed was actually political.“
Hannah Arendt „Der Raum des Öffentlichen und der Bereich des Privaten“ Chicago 1958

Rome forms the foundation of a basic understanding of the identity and heritage of European architecture. Its ruinous monumentality* is still more visibly present today for the city, for architecture and art than perhaps in no other metropolis in Europe.
As a thematic follow-up to the symposium „monumental_public buildings at the beginning of the 21st century“ 2019 at the Baukunstarchiv NRW, the theme of „fragmental_dissolution of public space“ at the 2022 symposium at the Villa Massimo in Rome examines the ambivalent identity of a monumental and simultaneously romantic understanding of space between the built environment and its dissolution, between architecture and the reconquest of space by nature. At a time when our relationship to the unbuilt, to the „natural“ is being radically questioned and the static role of architecture is beginning to falter, concepts such as dissolution and fragmentation seem to be taking on a new identity forming role in recent architectural development. But how does
the relationship between architecture and the city develop?
The symposium seeks to take up the concept of the „public“ within recent positions and to critically reflect on its relation to a classical-romantic understanding of architecture.
24th and 25th of February 2022 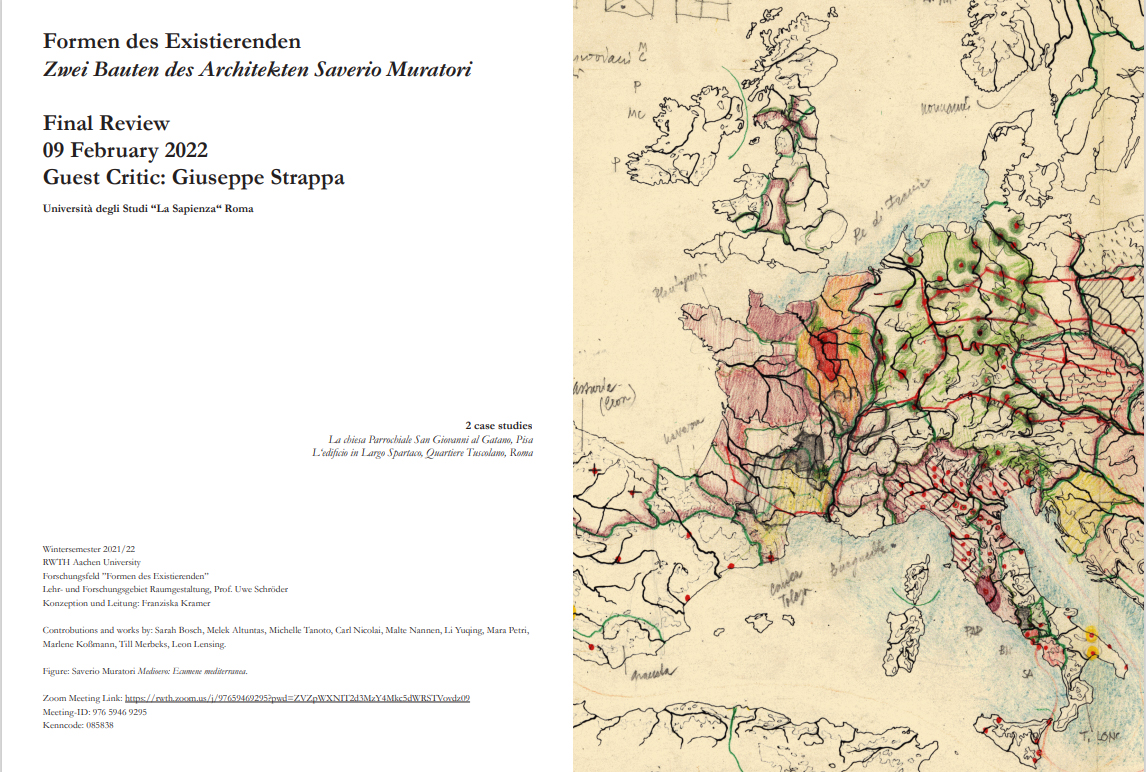 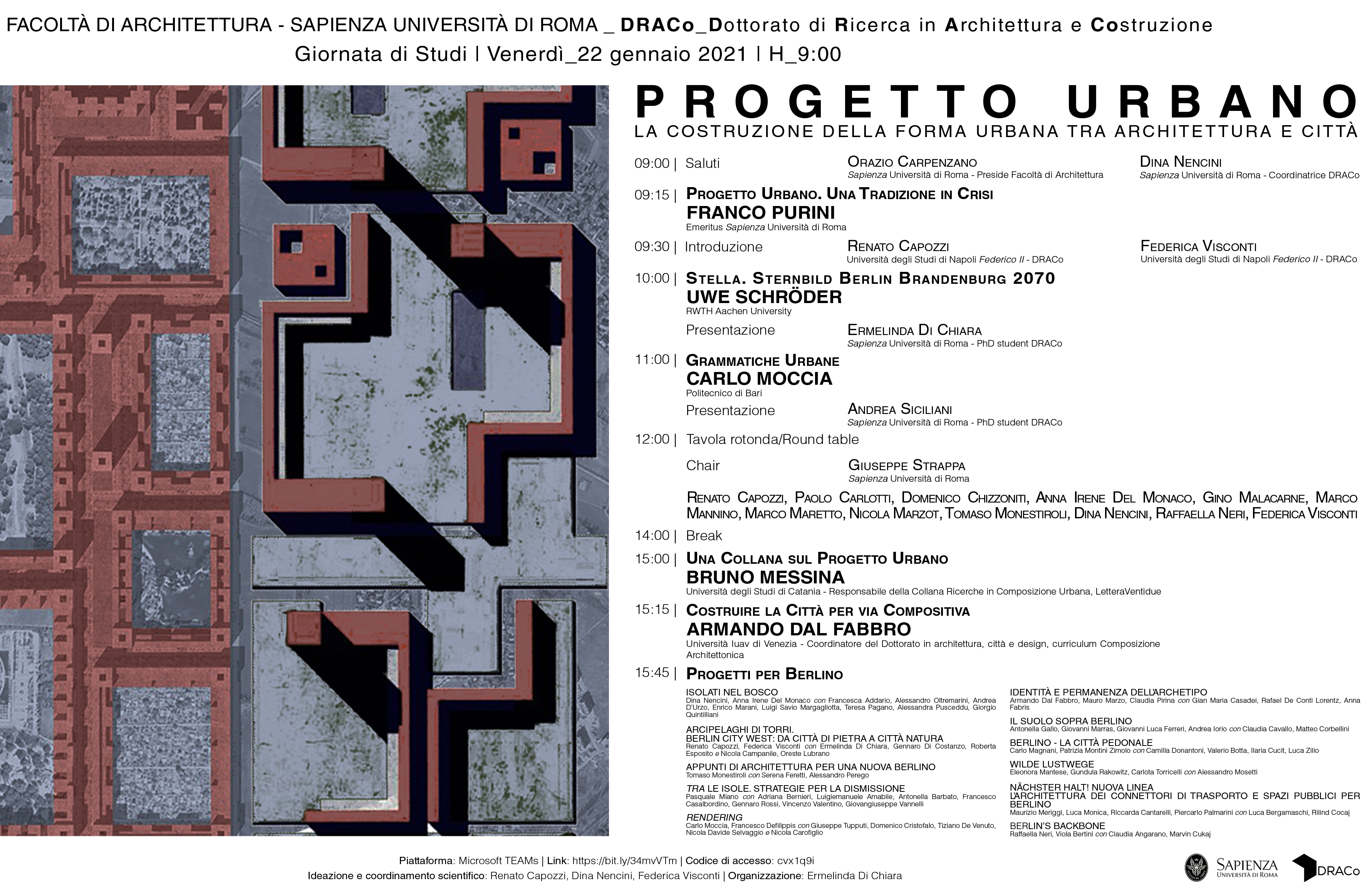